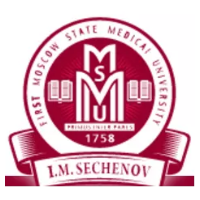 The First Moscow Medical University named after I.M. Sechenov is the oldest and the largest national medical higher educational institution in the Russian Federation. For more than 250 years the I.M. Sechenov First Moscow State Medical University has been playing the leading role in the development of medical science and training of medical and scientific personnel. Not accidentally, it has also been involved in the training of many medical personnel in the other partner countries involved in this project.

The academy is at the head of the academic - methodological association of Russian medical institutions. There are 300 professors, 2,000 faculty and 9,000 students, studying in the following areas, General Medicine (in Russian and English, Pharmacy (in Russian and French), Preventive Medicine, Stomatology (Dentistry) and Nursing.
About 1,500 graduates are involved in post-graduate training as part of internship (primary specialisation), and clinical internship (residency), covering all clinical specialities, or post-graduate Masters courses. The First Moscow State Medical University has extensive scientific cooperation with medical research and training centers abroad. It is a member of the World Association of Universities and a number of well-known scientists from the university participate as specialists and experts in the work of the UN, WHO and UNESCO bodies, in particular, in the current WHO funded project on treating non-communicable diseases in Central Asia. To keep up with international standards the university has also established a new trend in higher medical professional education in Russia - the training of nurses with a higher education. The faculty of higher education for nurses trains specialists in nursing with a background in management and teaching. Most themes deal with problems of a nationwide importance, such as the development of new methods of preventive treatment. The university has close pre-existing links with other partners in this project, in particular, the Siberian State Medical University, Tashkent Medical Academy and Hanoi Medical University.

The First Moscow Medical University will play a leading coordinating and guiding role in the project for all the partner countries, as well as providing the expertise of its staff in its departments of Preventive Medicine and Nursing. It will participate in work packages 1, 2, 3, 4 and 5. It will attend a study tour of partners in the EU, developing programme curricula in line with the ECTS guidelines, helping to develop the approach and requirements for the masters programme, hosting one-week competence enhancing courses, helping to develop modules and short courses, attending train the trainers courses in EU, hosting train the trainers courses, sending students for one month courses in the EU, participating in dissemination activity, i.e. workshops, and hosting the final stakeholder conference.

Founded by the
Erasmus+ Programme
of the European Union

The Erasmus Programme (European Community Action Scheme for the Mobility of University Students) is a European Union (EU) Student Exchange Programme established in 1987.
Erasmus+ is the new programme combining all the EU's current schemes for education, training, youth and sport.